Memories, contemplations, and factoids organized by colour. “Chroma, A Book of Colour – June 93” (Vintage 1995) was written and dictated as Derek Jarman, the singular British film maker, painter, writer and performer, was losing his sight. “I wrote this book in an absence of time. If I have overlooked something you hold precious – write it in the margin. I write all over my books, as markers fall out. (…) I know my colours are not yours. Two colours are never the same, even if they’re from the same tube. Context changes the way we perceive them.” His last film was “Blue”.

Enjoy the chapter on purple.

Rose red city.
Half as old as time. ¹

Pink, mauve and violet jostle each other from red to black.

Roses are red
Violets are blue.

Poor violet violated for a rhyme.

There is no natural pink pigment, though you can buy something called ‘flesh tint’ which in no way resembles the pasty faces of the north or the tanned ones of the south.

Mauve is a chimera. It barely exists except as a description of the 1890’s, the Mauve Decade.

… with the exception of violet they are allies. Violet is respectable.

The rarest and most beautiful eyes are violet. I’m told that is the secret of Elisabeth Taylor.

Pink is always shocking. Naked. All those acres of flesh that cover the ceilings of the Renaissance. Pontormo is the pinkest painter.

Pink was the passion of the Mauve Decade – the Ballets Roses that Baron Fersen staged with young children for rich matrons at tea. Were these naked children innocent? The baron caused a scandal with other youthful indiscretions and support was withdrawn from him by the wealthy ladies, who sat admiring the children, posed as Venus and Adonis, Hercules and any number of Graces. Fersen left Paris in a hurry for the south, where he built a villa in Capri. Mauve had found its home. Fersen’s taste was not for children, so there was no paedophilia in the pink. He was after young navvies, and picked one up – a surprisingly handsome straight boy who lived with him faithfully to the end, polishing and filling the baron’s jade opium pipes.

Opium is the mauve drug. It brings to mind this time with its mysterious acrid smell.

You will find that Christ’s robe in many medieval paintings, Piero de la Francesca’s Resurrection, for instance, is bright pink.

In the 1950s the song “Think Pink” restored the colour to its popularity. The Fifties were a pink decade. There is pink in the make-up of sex goddesses. Marilyn Monroe was certainly pink. Those Venuses who wore nothing but coral beads – peek-a-boo pink.

The pink nubile ladies of the music hall in flesh-coloured tights.

Valentino tinted pink in the movies.

‘In the Pink’. My dictionary says: ‘in the most perfect health’, though Venus gave the name to shady diseases and haunted the clap clinic.

She was dressed by Schiaparelli in shocking pink. Lipstick pink. Pink icing. Soap and the packaging of cosmetics was pink. Pink flattered. In that world big girls as well as little girls wore pink.

Against this earthly pink, Rudolph Steiner proposed peach blossom, representing the living image  of the soul as revealed in the colour of the human skin. Colour becomes a nonsense – I wonder if  Steiner had been black he would have swapped the colours? Only when a soul withdraws, he says, does a person turn green. This again is nothing to do with the soul, the muddle that ludwig Wittgenstein perceived in the use of that word, the soul as concrete, is clear here. The green is just a physiological taste brought in by the withdrawal of blood from the epidermis. Souls do not have colour.

At twenty I painted pictures in pink. Pink interiors with pink girls. Was this a burgeoning of my sexuality?

Twenty years later. The pink triangle was reclaimed from history. The Nazis used pink to send those in same-sex relationships to the gas chamber.

When Queen Mary visited my father’ RAF station at Kidlington early in the Fifties, a pink lavatory was built for her visit. The entire station trooped past it, no one had ever seen anything like it. In the event she never used it.

This afternoon I walked to Rowneys and bought a tube of Fresh Tint.

Pink is the navy blue of India.
(Diana Vreeland)

And so to mauve…

Mowve, pronounced Morv by the late Victorians, became a rage in fashion after the aniline dye was produced from coal. It was discovered in 1856 by William Perkins, who mixed aniline and chromic acid. It seems to have had little time to gather much mystery – where does it appear in poetry? It is confined to the chemistry lesson.

Its use for cloth dyeing led to the naming of the Mauve Decade. It was identified with decadence and artificiality. The black of mourning was touched with violet not mauve. No Victorian matron dressed in mauve.

I stopped at Elisabeth Stranger’s Hellebore Heaven this morning and bought a plant from her greenhouse with a mass of mauve flowers.

My mother used to say in her youth if one had tresses bound in purple that was a great adornment – but for the whose hair is yellower than a torch it is better to dress in chaplets of blooming flowers.
(Sappho, Greek Lyrical Poetry)

Purple is gay and bright whenever the rays of the sun are weak and shady.
(Aristotle, op.cit.)

Purple shrouds the blackest heart. The imperial family wrapped their newborn children in purple – born in the purple.

Cleopatra’s barge…
Burn’d on the water; the poop was beaten gold,
Purple the sails, and so perfumed that
The winds were love-sick with them. ²

Lady Grey, megalomaniac, Vicereine of India, had an obsession for imperial purple. Not only did she wear it, but she had purple tablecloths at her reception, purple sweet wrappers, and even purple flowers.

In Japan if you’re purple you’re purple with envy, not green. But purple is also an expression of being gay, the blue of men and the red of women combine to make queer purple.

The lack of oxygen turns me purple. I lie in my hospital bed, short of breath.

Nero dressed in purple, the household in red.

If anger is red then rage is purple.

Purple was manufactured on the shores of the Sea of Tyre… Tyrian purple. It was extracted in minute quantities from a shell, Murex, and cloth was boiled with dye and exposed to the morning sun on the seashore, turning it into the most costly product in antiquity. Its manufacture was controlled by the Imperial Family of the Collegium Tinctorium under the auspices of Melcath the Phoenician God. As no example of purple cloth remains from antiquity, we do not know what it looked like.

Was it the colour of the Scottish highland, beyond the known world, or the inky flowers of the anemone – the flower of the wind? The Murex, a mollusc, contained a little cyst that was broken – discharging a white fluid. Thousands of shells were needed for a few grams. By the eighth century the colour went out of fashion.

Purple in painting was disapproved of by Pliny, who remarked acidly:

Now that purple is put to use on our walls and India contributes with the mud of the rivers and with the gore of her snakes and elephants, there is no longer noble painting… Now we only appreciate the richness of the material.
(Jacob Isager, Pliny on Art)

We are suspicious of purple, it has a hollow bombast. It is the colour of Hendrix, Purple Haze, Deep Purple, Prince’s excess – dangerous. The purple hearts that took us through the sober nights of the Sixties.

O, for a draught of vintage! That hath been
Cool’d a long age in the deep-delved earth,
Tasting of Flora and the country green,
Dance and Provencal song, and sunburnt mirth!

O, for the beaker full of the warm South,
Full of the true, the blushful Hippocrene
With beaded bubbles winking at the brim,
And purple stained mouth…
(John Keats, Ode to Nightingale)

The sea has a purple tinge when
The waves rise at an angle
And are consequently in shadow.

The purple emperor embraces the purple orchid. The emperor is rare, it is attracted to rotting meat.

Plums, grapes and figs and aubergine all purple – but the most mysterious purple are the shoots of Crambe maritima, which push through the shingle in March at Dungeness³, before forming a blue green.

The red cabbage is purple.

The purple amethyst, my birth stone – 31 January, under the sign of Aquarius.

Violet is overwhelmed by green. The Violet hides itself. Sweet-scented Viola odorata. The only colour in the spectrum named after a flower. The humble violet flower, the flower of Mary magdalene. Worn in mourning by my grandmother may. Bunches of violets from Cornwall heralded the spring. My aunt Violet … Vi … an Edwardian spinster who lived with her sister guarding the legacy of a tyrannical father who never let a suitor cross the doorstep. Quick-tongued and salty.

It was said Alexander the Great’s urine smelled of violets.

Crystallised Parma violets, a childhood treat
I have not seen for years
And gentian violet to cleanse cuts from the football pitch

Violet chaplets were sold in the markets. Pliny had  a terrace scented with violets.

Violet was the shortest wavelength of the spectrum. Behind it the invisible ultraviolet.

As a nine-year-old on the cliffs at Hordle I discovered a bank of sweet violets and used to creep through the hedge that enclosed the school playing field and lie in the sun dreaming. What did I dream in my violet youth?

Jupiter was violet and not imperial purple.

Violet paint is rarely used. Where do you see it on a canvas? The Impressionists created violet shadows in the Mauve Decade. Monet’s haystacks awash with pinks and violets in the sunset.

Of all the colours violet is a luxury. Cobalt violet  – manganese violet – ultramarine violet – and Mars violet.

Kandinsky said: “Violet is red withdrawn from humanity by blue. But the red in violet must be cold. Violet is therefore both in the physical and spiritual sense a cooled red. It is sad and ailing.”4

Christian violet, a temporary death to the world.

Adriana Lecouvreur5 was killed by a jealous lover with a bunch of poisoned violets.

Notes by “a glimpse of”

1. The last line of a poem about Petra written by John-William Burgon in 1845. Petra is known as the “rose-red city” for the colours of the rocks in which it is curved.

2. “Burn’d on the water … Love-sick with them”: extract from Antony and Cleopatra by William Shakespeare, Act II, Scene 2.

3. Dungeness in Kent where Jarman bought a fisherman’s cottage in the mid-eighties. The Prospect Cottage faced a nuclear power station.

4. Extract from the book Concerning the Spiritual in Art.

5. Opera in 4 acts by Francesco Cilea. 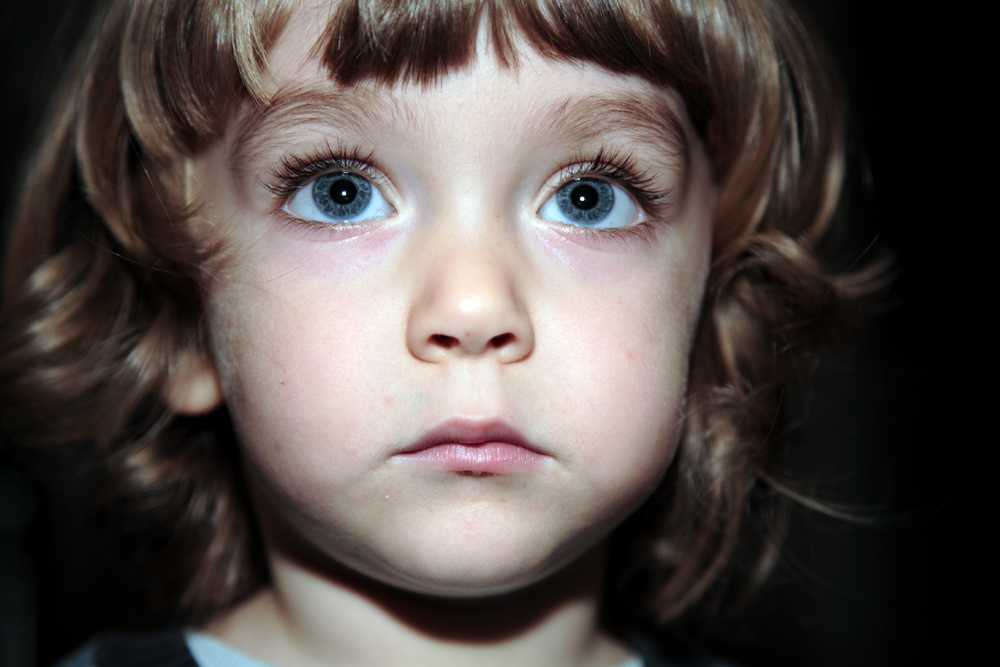