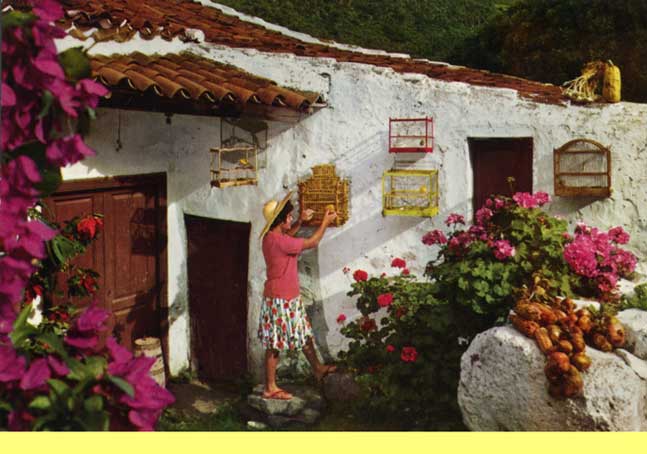 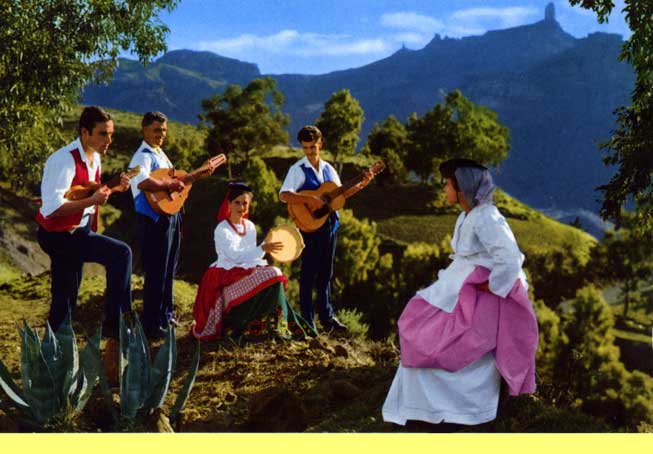 under the subtropical sun of the Islas Canarias

by the German Elmar Ludwig

sometime in the sixties

five photographic tableaux; “memories” rather than representations since they permit to the viewer to start his own narration and continue it according to his/her desire.

five idealized images of vacations which have the privilege of an “added value”: the persons-cum-characters, the selection of clothes, the use of objects or even of flora as “extra” parts of a stylization, a mannerism, an elaborate magnification which make these cards rare samples of an idyllic and anachronistic camp…

… which transports, shifts, “drifts” the scenes of the idylls to places and times of innocence, if not happiness, to the zone where both of them have the luxury of non classification, of originality, of endless disguise